Need Us? Reach Us 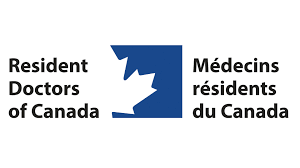 Since the beginning of the pandemic, RDoC has worked to advocate on behalf of our members and nowhere has that advocacy been more focused than with respect to examinations. However, no exam has caused more disruption in the lives of residents than the MCCQE2. Last year’s RDoC President, Dr. Emily Stewart, and I have written numerous messages to our present and former members outlining our advocacy efforts of the past year and I thought it was important to provide you with details of the work that your elected leaders have engaged in over the past few weeks from coast to coast.

The minute we heard reports of problems on May 18th, we immediately reached out to the MCC to determine the nature and magnitude of the issues. Their initial response provided very little information. We followed up with a detailed letter to both the MCC President and the CEO outlining the heartbreaking stories that we were hearing regarding the exam. We made it clear that candidates should not be used as test subjects to determine whether or not a virtual exam format was viable. Our ask of the MCC was clear: suspend the current delivery of the exams until an independent authority or experts have determined that the exams can be delivered successfully in a virtual format; and refund the fees of anyone whose exam was terminated. I invite you to read the full letter that we sent to the MCC here. The MCC responded with a request to meet to rebuild trust and fully understand our concerns.

As the situation became more intolerable, we reached out to all of the Postgraduate Deans to discuss our concerns and on May 24th, we wrote to the Chair and Vice-Chair of the AFMC Postgraduate Dean Committee, copying all of the Postgraduate Deans. In addition to making them aware of the nature of the challenges that the current cohort of candidates were facing, we shared the assurances that senior MCC officials provided to us in March regarding the virtual QE2 and outlined how the MCC had failed to administer a successful exam. We wanted the PG Deans to be fully aware, that unlike the CFPC and the RCPSC, the MCC had not adequately managed the delivery of their exams during the pandemic.

We asked the PG Deans to join together and contact each of the Medical Regulatory Authorities across the country as well as the Federation of Medical Regulatory Authorities of Canada (FMRAC) to request that they find an alternate means to assess a candidate’s ability to obtain an independent license without requiring the QE2. We pointed to the fact that the Regulatory Authorities in Ontario, New Brunswick and Nova Scotia have provided an option for an independent license without requiring completion of the QE2. You can read our letter to the PG Deans here. In addition, many of our partner Provincial Housestaff Organizations sent letters to their own PG Dean(s).

Yesterday morning, the PG Deans delivered on their commitment to support us, and letters were sent to the Medical Regulatory Authorities across the country as well as to FMRAC. We have learned that their letter not only expressed concerns about the MCCQE2 virtual exam experience, but the PG Deans called into question the validity of this exam as a requirement for licensure, given all of the structural changes that have taken place in training through the introduction of the Triple C competency framework by the CFPC and Competence by Design by the Royal College.

We are grateful that collectively, our Postgraduate Deans, as independent leaders in medical education with no vested interest in any one exam, took the principled stand of questioning the validity of the QE2 exam and expressed their confidence in the ability of their programs to train competent qualified doctors capable of providing high-quality care to patients.

Shortly before an emergency meeting of FMRAC, the Governing Council of the MCC met and passed a resolution responding to and accepting both of our requests: immediately suspending delivery of the virtual QE2 and committing to issue an apology and full refund to all registered candidates.

The decision of the MCC Governing Council brought an immediate sense of relief for countless candidates. We also know that for many, it exacerbated the frustration that has accumulated over this past year due to multiple scheduling delays, disruption of people’s lives, and the overwhelming sense of uncertainty associated with the roll out of this virtual exam.

In a telephone call with the MCC yesterday, shortly before their official announcement, we were reassured that all candidates, either in practice with a provisional license or about to enter practice, will receive their Licentiate of the Medical Council of Canada certificate (LMCC). The expectation is that as long as you are/were in good standing with your training program and are in good standing with your provincial MRA and meet all of the other requirements for licensure, an independent license to practice medicine will be granted.

The MCC has also told us they will take time to consult with the medical community and partner organizations and then reflect on the best way to assess clinical skills and emerging competencies in the future. We commend them on their decision to reach out and listen to medical experts and leaders, including the wisdom of the PG Deans and other committed educators, together with partner organizations like RDoC and the FMRQ before making any recommendations on the timing of and exams that trainees must take.

We know that there are a number of candidates who have had previous unsuccessful attempts at the QE2 exam. Early this morning we started work to be able to bring clarity to your situation so that we can provide answers on your route to independent licensure, given that the sitting the QE2 is not an option. Rest assured that we will advocate on your behalf. Similarly, we are seeking clarity on the long-term impact of yesterday’s announcement on Royal College residents who recently sat the exam, and who are not about to graduate. We will seek clarity and advocate on your behalf as well.

There are so many people to thank who have worked so hard on our members’ behalf with so much of this work happening quietly and tirelessly behind the scenes.

RDoC is committed to doing what we can, in partnership with your Provincial Housestaff Organization, to make your residency experience as optimal as possible. However, our recent advocacy work relied on those of you who took the time to send us detailed notes of your lived experiences with the MCCQE2 exam process. Our advocacy efforts would not have been successful without an accurate account of what was really happening. Thank you for sharing your powerful and detailed stories. I also want to thank the examiners and standardized patients who also provided stories of the stress they experienced being part of this virtual exam experiment and the empathy they felt for the candidates.

To those of you who have lived through the stress, uncertainty and chaos associated with this exam, I can only begin to imagine how difficult this must have been for you, your families, friends and colleagues. Thank you again for all that you have endured and be assured that RDoC is here for you, and we will continuously advocate strenuously on your behalf.